In what will be his first summer transfer window, Aston Villa boss Steven Gerrard is already plotting an ambitious recruitment campaign at his new club and among those targeted is Marseille centre-back Duje Caleta-Car, according to reports.

The 25-year-old is rated as one of the best in Europe in his position and has come across the radar of a number of clubs in recent months, though Villa are said to be leading the race.

Currently, the West Midlands club look to be on course for a mid-table finish at best in the Premier League, though the bottom half of the table is more likely given their current form – reinforcements definitely seem to be a priority. 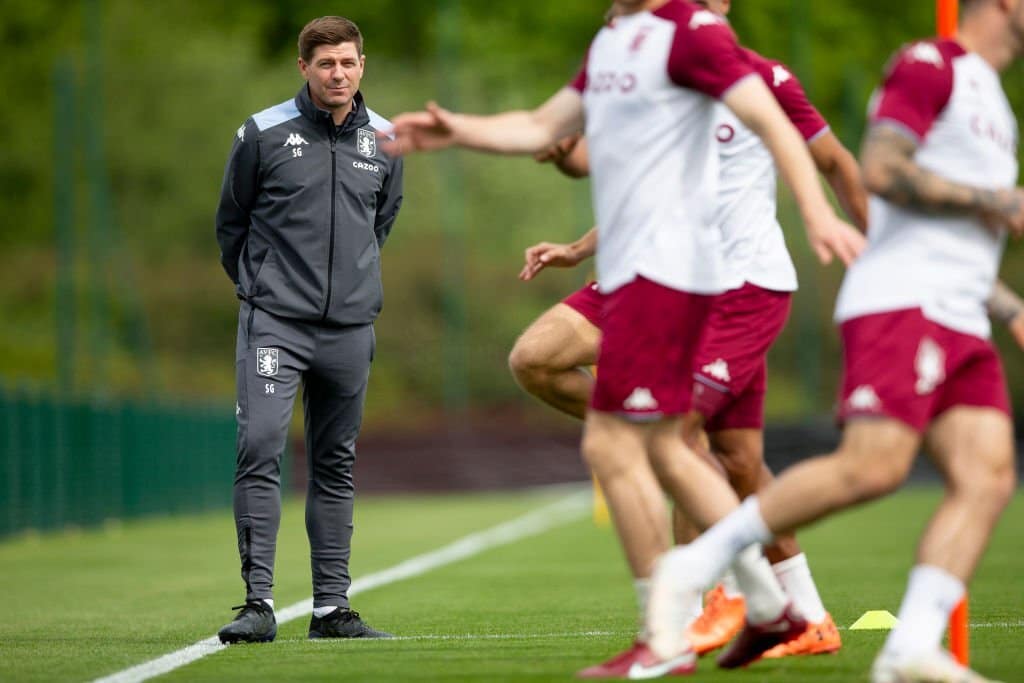 Defence a priority for Gerrard

With the current preferred partnership of Ezri Konsa and Tyrone Mings seemingly failing to convince Gerrard, it appears that at least one established centre back tops the list of positional targets for the former Liverpool player.

Capped on 22 occasions for Croatia, Caleta-Car was part of the highly successful Red Bull Salzburg model that has seen the likes of Sadio Mane, Erling Braut Haaland and Naby Keita come through its ranks in recent years, with the centre back joining Marseille in 2018.

Any fee for the player would likely be in the region of £25 million, though the French club have proven to be tough negotiators in recent years.

It could be that Caleta-Car is not the only Marseille player that Gerrard is targeting, with fellow Marseille midfield enforcer Boubacar Kamara understood to be of interest.

Villa have looked light at times in the centre of the park this season and the 22-year-old Frenchman would certainly fit the bill, with the player also able to operate at centre back as well.

While the French club are unlikely to want to lose two of their star players in one transfer window, Villa may see themselves tabling a package deal for the two players that could exceed well in excess of £70 million.