When you are implementing the basic blackjack strategy, you may have to split the aces and eights. While there can be rule changes depending on the casino you are playing at around doubling, resplitting, multiplier card draws and more, the strategy that players always come back to is splitting the aces and eights. Find out more about this first rule of the splitting strategy below. 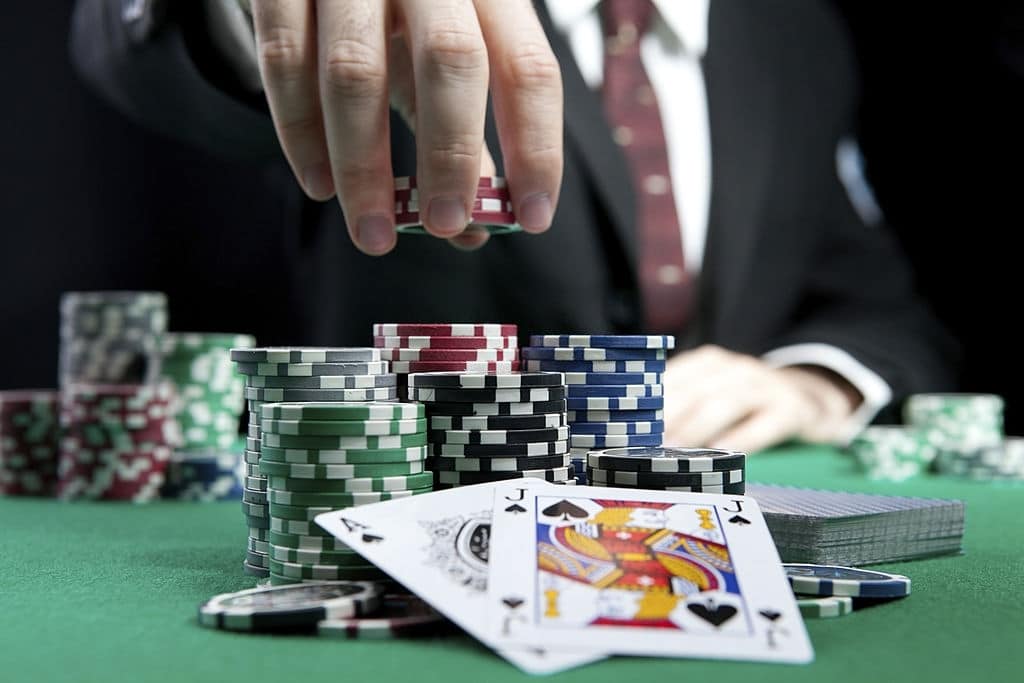 In the 1950s, four blackjack players discovered the splitting the aces and eights method. They were James McDermott, Wilbert Cantey, Herbert Maisel and Roger Baldwin and the group was known as the blackjack four horsemen. They realised that by keeping the pair of eights as a 16, it was more costly than to split them as splitting could minimise the house edge to nearly 0. Nowadays, there is more to this strategy as players also have to make decisions on whether to split, double down, surrender, hit or stand.

Another big fan of this strategy was Ed Thorp who is famous for creating the blackjack card counting system. You can find out more about his overall blackjack strategy in his book Beat the Dealer: A Winning Strategy for the Game of Twenty One.

Why do Players Split Pairs?

Splitting is one of the tools players can use that will help them beat the dealer and reduce the house edge by up to 0.40%. This means that if you are not utilising the right splitting strategy, you could be adding on as much as 0.40% to the house edge! No one wants to be giving the casino more winning opportunities which is why many players use the splitting strategy. There are two different situations where splitting pairs occurs:

In both scenarios, it is important to know the best strategy to take with pairs as this could be the difference between winning and losing.

No matter what version of blackjack you are playing, the aim is always the same. Players should be trying to beat the dealer by getting as close to 21 as possible with their cards, without exceeding it. If you exceed 21, you will go bust. One of the most common rules in blackjack is that when a player is dealt two identical cards initially, they are allowed to split this pair into two hands. They can then ask the dealer for a new second card for each hand. When this happens, a full bet that is the same as the original wager can be placed.

Once the wager for the split hands has been placed, the dealer will give the player an extra card for each split card. The player will now have two hands to play against the dealer and in the game, these are seen as being completely separate from each other. Players like to split cards as it allows you to transform a not so great hand into two hands with a better chance of winning. Furthermore, if the dealer goes bust the player has the opportunity to double their bet. If a bet is doubled on a hand, only one additional card is allowed to be drawn by the player for that hand.

In some games of blackjack, the rules will let players resplit their hand, giving players up to four hands!

When a blackjack player has a pair of aces, it can be a problem. When you have this hand, you either have a soft 12 or 2. Most players will choose to split the aces as part of their strategy as this will give you two opportunities to hit 21. As this strategy works so well for players and maximises their chances of winning, the majority of casinos have rules in place that will limit how often a player can do this. The rule you will generally find in place is that players can draw one card on each split ace. It is also common to find that resplitting and redoubling are not allowed.

The other scenario that could happen for those playing blackjack is being dealt a pair of eights. The number 16 is a problematic hand in this game and is considered to be the worst hand that any player can be dealt. When you have this card, it is best to split them to try and limit your losses and improve your hand by getting an 18 or 19, rather than having 16 and potentially going bust. There has been research carried out on the probability of being dealt a pair of eights which shows you are expected to lose with this hand but have a much better chance of winning if you split them or, at the very least, reducing your losses. When a player hits with two eights, the probability shows they are likely to lose £52 in a £100 bet while this is reduced to £43 in a £100 bet lost when the eights are split.

When to Split in Blackjack

Aces and eights should always be split but what about the other cards in your hand? Players should not split pairs of 4, 5 or 10 as you are unlikely to go bust when placing a hit on 4s and 5s. With a pair of 10s, you are very close to winning and so splitting does not strategically making any sense. Here is what to consider with other pairs in you gameplay:

Here’s a detailed chart of when you should split, double down, stand or hit when deciding on your blackjack strategy:

How to Split Aces and Eights

Splitting aces, eights or any other pairs when playing blackjack is very easy. If you are playing blackjack online in a live game or in a digital version, you will see the option to split in the action buttons. All you have to do is hit this button and you are ready to go.

If you are playing at a brick and mortar casino, splitting is also simple. You can transfer the same amount of chips again over the line and you are done. The dealer will know what to do but if you want to make it clearer you can say ‘split’ or make a v shape with the first two fingers on your hand.

Can the Dealer Split?

No, the dealer cannot split aces, eights or any other pairs when playing blackjack. They can only hit or stand and will not ever double or split. Dealers will stand on 9s, 10s and then hit on any other pair.

Overall, the best tactic when you have aces and eights is to split them. Know the few instances where this is not the case and you can adjust your gameplay accordingly to give you the best chances of winning. Get started playing blackjack today and see how much you can win!